The latex synthesis in the presence of ethylene-propylene copolymer and methacrylic acid (MAA) was considered for this experiment. The kinetic regularities of the synthesis process were determined and the optimal quantities and ratios of the components were determined both experimentally and by mathematical modeling. It was determined that a modified latex with optimal values ​​is obtained when the amount of methacrylic acid in the latex is 5 parts by weight. The absorbent composition was prepared latex-based based on synthesized EPC – + methacrylic acid.

The prepared absorbent was impregnated with viscose (22B) and 222K kapron cord and a rubber-cord bond were determined. The findings of the present study show that the aqueous dispersions of EPC latex were synthesized using various emulsifiers with high technological stability. The presence of the main factors affecting the stability and adhesive properties of the EPC aqueous dispersion has been established. It has been shown that the best stability for 6 months is achieved at a pH value of 12.EPC water emulsion was modified in the presence of MAA by graft copolymerization.

Synthetic latexes are widely used in various industries. Latex is an important product used in the tire industry, in the production of rubber-technical products, in the medical industry, and in the construction industry (Shikhaliyev1980; Shikhaliyev2020).Latex is the main absorbent component in the production of carcass parts of tires in the tire industry, which provides a woven material-rubber adhesion bond (Bilalov1973; Bilalov2005; Bilalov2008; Bilalov 2010). Recently, the production of latexes by synthetic methods is mainly obtained by the emulsion method (Ososhnik2007;Nurmukhametova 2012;Amirov2017; Shikhaliyev 2020).

New latexes are being purchased on an industrial scale and the equipment used for their synthesis is being updated. New emulsifiers and coagulation agents are used in technological processes. Synthetic latexes are widely used in various industries. Latex is an important product used in the tire industry, in the manufacture of rubber products, in the medical industry, and the n  construction industry.Latex is the main adhesive in the tire industry, which provides a cord-rubber connection in the manufacture of the carcass part of the tire.

Recently, the production of latexes by synthetic methods is mainly by emulsion.New latexes are currently being used on an industrial scale, and the equipment used to synthesize them has also been updated (Nabil et al. 2013; Hayeemasaeetshal2013). New emulsifiers, surfactants are used in technological processes (Koblov et al. 2012; Mikheeva et al.2013; Mikheeva et al. 2014). However, none of these adhesives can fully ensure the rubber-cord connection. Taking all this into account, we have synthesized a latex based on EPC (Shikhaliyev 2020).

Recently, the ethylene-propylene copolymer has been used in the production of military tires. The adhesive that provides the cord-rubber connection of the EPC-based carcass part has not yet been synthesized. In the production of tires used in military aviation based on EPC, ensuring the cord-rubber connection of their carcass part, the synthesis of latex-based on EPC is the most pressing problem (Shikhaliyev 1980; Shikhaliyev2020).

The contact of non-woven goods (a cord, cloth, apron, etc.) with rubber is almost zero without adhesion. Therefore, it is necessary to use adhesives to ensure a rubber-woven bond (Bazenov 2010). Our literature review has shown that the production of synthetic latexes is the most pressing problem and material in demand on an industrial scale(Bilalovet al. 1973; Bilalov et al. 2004; Shikhaliyev 2020).

Korkut (2012) andRiyajan (2012) considered the sample to be the most popular butadiene-styrene latexes and therefore recommend the use of absorbent formulations with particularly active accelerators for vulcanization of latex products. The search for vulcanization systems will continue for a long time.n the tire industry, a latex-based absorbent is used to absorb cords and technical parts.

For this purpose, an aqueous solution of various rubbers is used. However, the latex-based ethylene-propylene copolymer has not been used so far. As it is known, some rubbers are mainly made of EPC. Taking all this into account, the object of research is the production of EPC + PMMA flat latex-based ethylene-propylene copolymer based on methacrylic acid (Shikhaliyev 2020).

The adhesive is a key factor used in the formation of the rubber-cord system. Thus, after impregnation of the cord with an absorbent composition based on EPS, the fibers of the woven product provide a high adhesion of the rubber-cord system, forming a strong adhesion bond with the rubber. Spills in the cord-rubber-adhesive system should be considered separately for each system. This is because spillage can occur between either cord-rubber or rubber-adhesive. In all cases, the strength of the cord-rubber-adhesive system has a biphasic property and Silva have high adhesion to both the textile product(Shikhaliyev 1980; Shikhalizade et al.2010; Shikhaliyev2020).

SF-282 resorcinol-formaldehyde resin is used in standard absorbent formulations. However, due to the economic inefficiency of this resin, Assoc. We used a synthesized and modified FFQ by Naibova (Naibova 2015). For this purpose, we used technical formaldehyde. In this case, we increased the dry residue of the absorbent to 5%. In this case, the absorbent composition easily penetrates between all the threads of the cord, soaks it thoroughly, and gives the threads a special softness, which led to a noticeable increase in the rubber-cord connection.

The rubber-cord bond was determined by the standard H-method. After the cord was impregnated with an absorbent compound, it was rubberized on a calendar with a thickness of 0.1 mm on both sides.A double-sided rubberized patternwas vulcanized by adding it to a specially prepared performance. The vulcanization process was carried out at a temperature of 155°C -160°C for 20 minutes and a pressure of 3.5 Mpa was considered.The “whiskers” on the edges of the sample are cut with a knife.

The sample should be 25 ± 1 mm.The sample was fixed in the tanks on the fighter and the machine was started. The breaking strength was determined by the moment on the scale when the cord pulls on the fighter. The test was performed several times and the result was an average score. It was determined that the viscosity of the absorbent composition should be 5-8%. However, the concentration of EPC + PMMA copolymer in the used latex should not be less than 10%. Only in this case can the cord strands be thoroughly soaked in the absorbent composition(Naibova 2015).

Investigation of the kinetics of graft copolymerization: In the laboratory, a special device was installed to carry out the synthesis process and to obtain latex in this device, we first cut EPS into small pieces, put them in a three-necked flask, and stirred until completely dissolved in toluene. Once completely dissolved, we raised the temperature to 80C and added methacrylic acid drop by drop to the mixture for 10 minutes. After transferring the methacrylic acid to the complete reaction flask, we performed a new synthesis by adding benzoyl peroxide.

As a result of the synthesis, a new modified latex was obtained. Absorbent composition is prepared based on the obtained latex. EPS stable aqueous dispersion was modified with methacrylic acid in the presence of benzoyl peroxide and nitrogen at different temperatures (75°C to 90°C).General kinetic regularities of copolymerization reaction with EPC and methacrylic acid, copolymerization rate constants, reaction sequence and speed, monomer half-life and activation energy, monomer conversion, etc. was appointed.

Use of modified EPC latex to increase the adhesion of rubber-cord bond: The results of IR spectroscopy confirm the presence of -COOH groups in the copolymer chain. At 675, 1100, 1300, 1750, and 1800 cm – 1, peaks characteristic of carboxyl-containing polymers appear in the IR spectrum. These streaks were observed after 10 hours.X-ray studies showed that the EPS crystallization rate used in the study was about 8%, but this was not the case with the original polymer. MAA helps to destroy the crystal grades present in vaccinated samples and causes a sharp increase in the rate of conversion of methacrylic acid during the process (Figure 1).

Figure 1: Construction scheme of methacrylic acid to raise the temperature from 75C to 90C. 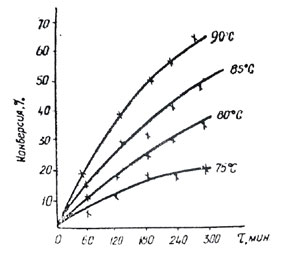 Figure 2: X-ray of the copolymer containing EPS (a) and EPS + PMMA (b)The proportions of
components for latex production are given in Table 3 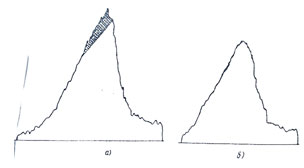 The missing properties of EPC were obtained by copolymerizing it with MAA to obtain a modified latex, and the kinetic regularities of the copolymerization reaction were determined. It is shown that the optimal mode: temperature – 90 ° C, time – 5 hours. In this section, the monomer conversion reaches 99%. To clarify the effect of the composition of the modified latex EPC on the foaming and strength properties of films and rubbers based on it, the physical and mechanical properties of films and rubbers were determined (Shixaliyev2020; Bazhenov et al. 2021; Alizade2022).

The data obtained are shown in Table 4 The grafted EPC is distinguished by its high strength and elasticity, which gives the right to judge the structural ability of -UNC. The study of the physicomechanical properties of rubbers made it possible to assume that the -COOH groups introduced into the copolymer as a result of grafting are involved in the formation of the vulcanization structure. Modified EPDM containing 5 wt% acids has higher strength (18.0 MPa) compared to unmodified EPDM (15.4 MPa).The physical and mechanical properties of the films are shown in table 4 (Alizade2022).

After vulcanization of the samples, the analysis of their physical and mechanical properties showed that EPClatex provides the strength of the cord-rubber bond in the range of 10.5 kg / 2.5 cm, which was applied to the elastic polymer, cover meets the requirements.

The findings of the present study show that the aqueous dispersions of EPC latex were synthesized using various emulsifiers with high technological stability. The presence of the main factors affecting the stability and adhesive properties of the EPC aqueous dispersion has been established. It has been shown that the best stability for 6 months is achieved at a pH value of 12.EPC water emulsion was modified in the presence of MAA by graft copolymerization.

Gross kinetic regularities of EPC with MAA in the emulsion were determined. It is shown that the optimal conditions are: temperature – 90 °C, time – 5 hours. Under these conditions, the monomer conversion reaches 99%. It has been established that the high bond strength of the cord with rubber is achieved by using EPDM latex containing 5 wt. % grafted PMAK. It is shown that the physical and mechanical properties of films and rubber compounds based on a graft copolymer significantly exceed those of unmodified copolymers.

Conflict of Interest: Author declare no conflicts of interests to disclose.

Data Availability Statement: The database generated and/or analysed during in the current study are not publicly available due to privacy and confidentiality agreements as well as other restriction but are available from the corresponding author on responsible request.

Bilalov Y.M. and Shikhaliev K.S. (1973).Investigation of the regularities of the reaction of grafted copolymerization of ethylene-propylene rubber and methacrylic acid in an emulsion.Scientific notes  AZINEFTEKHIM, pp.36-47.

Bilalov Y.M., SeidovN.M. and ShikhalievK.S., (2008).Impregnation compositions based on SCEP  Abstract of works of the Institute of Chemical Physics of the Academy of Sciences of the USSR, p.55-57.

Mikheeva V.A., Tkacheva E.N., Sofronova O.B. et al. (2014). Influence of the hexachloroparaxylene modifier on the structure of ethylene-propylene rubbers depending on the copolymerization temperature. Industrial production and use of elastomers, No. 1, S.13-19.

Mikheeva V.A., Tkacheva E.N., Sofronova, et al.(2013).Influence of technological parameters of production on the structure and properties of new grades of ethylene-propylene rubbers // Industrial production and use of elastomers, No. 2, S. 3-7.

Riyajan S.A. and Pheweaw N. (2012).Modification of skim rubber blended with poly (vinyl alcohol) to be applied as a biodegradable pressure-sensitive adhesive: effect of 2,6-di-butyl-4-methyl phenol and hydrocarbon resin. Rubber Chemistry and Technology, vol. 85, no. 4, p. 547-558.

Shixhaliev K.S. (2020).Development and implementation in industry technology of obtaining composite materials and products based on polyvinyl chloride(Article) Journal of Advanced Research in Dynamical and Control Systems.12, Special Issue, pp 359–370.