The present study showed the dose beneficial of Helianthus annuus L. on 5-7 month old  Balb/c mice, using different important  parameters like physiological, biochemical, haematological and histopathological  as indicators. The effects of Helianthus annuus seeds were investigated with the dose concentrations of 25% and 50% for 21 day supplementation, which were compared with  mice fed on normal standard pelleted food. The results of the study suggested that the physiological parameters considering body weight gain was reduced with a dose-dependent concentration of Helianthus annuus seed as compared to the controls, with the order of 50% (-1.10±0.22) < 25% (-1.05±0.43) < control (1.88±0.63).

The other parameters; fluid intake, urinary output, food intake, faecal weight, and dry weight did not show much differences with increasing dose concentration of 50%, with increasing supplementation in the treatment days. The effect of the drug did not show much differences in all parameters including liver function test and histopathological aspects. It is concluded that the seed of Helianthus annuus showed a beneficial effect in weight loss, the high amount of seed may be beneficial to reduce weight, is  good for diabetic conditions, and results in accordance with physiological, biochemical haematological parameters supporting the kidney histopathological  data as well. Hence, the use of Helianthus annuus seed extract as a drug among young people should be encouraged  for  obesity and its management.

Obesity, which is an excessive fat accumulation in the body,  significantly impairs health,  leads to the onset of other diseases such as diabetes, hypertension, arthritis, atherosclerosis, and cardiovascular diseases (Akil & Ahmad 2011). Moreover, the prevalence of cancer due to less physical activity has been  also reported for the last many decades, and  it has been a serious issue globally. Major problem  is the treatment of obesity, which  depends on lifestyle related physical activity. Synthetic drugs cause severe side effects, hence natural herbs are of good choice, due to  few or no  harmful effects.

Natural compounds such as plant extracts containing phytochemicals are leading medicines used from ancient to modern science due to less adverse effects  as compared to synthetic drugs. Phytochemicals protect the plants and act as a defense mechanism against predators. Secondary metabolites such alkaloids, flavonoids, saponins, terpenoids, tannins  have  been used in treating different chronic diseases (Seca  & Pinto 2019, Shirsath & Goswami 2020).

Free radical  production in the body is the major area of concern as its progression leads to complications and forming  of several pathological conditions, (Lobo, 2010). Antioxidant capacity of the plants leads to scavenging   of the free radicals, (Engwa, 2018). In contrast, some  studies have shown that phytochemicals are toxic to humans and animals, and some are lethal, (Halliwell, 2007 and Bode & Dong 2015). Helianthus annuus  is a common sunflower,  belonging  to the genus Helianthus, which  is widely grown for edible oil and fruits used for health and nutrition.

Seed extract preparations have many nutritional values (Pal, 2011), recent research has exposed a high risk of aflatoxins in sunflower seeds (Mmongoyo,  et al., 2017). Although the seeds of sunflower showed beneficial effects, but also have adverse effects, consuming large amounts of seeds can lead to many health problems like impairing the kidney function. Sunflower seeds possess a large amounts of phosphorus which consumed in large quantities and can impair kidney functions (Guo  et al., 2017).

Consuming more of it can increase the weight gain, which  can cause rashes on the skin due to the presence of selenium (Nordberg et al., 2014), can also  cause chronic fatigue and mood swings. It elevates sodium in the blood, which can elevate blood pressure which in turn causes the risk of heart conditions (National Research Council. 1983). It has the property of dermatitis (Hausen & Spring 1989). Respiratory allergy was observed with pollen allergens (Ghosh0 et al., 2015). The other adverse effects were headache and constipation (Leverrier et al., 2019). The other findings state that oral toxicity of leaf extract in high doses elicits hepatic, testicular, and nephrotic disorders ( Guo,  et al., 2017,   Onoja 2018, Puga  et al., 2019).

The present research was initiated to observe the role of the seed extract of this plant in weight loss. By observing other parameters (physiological, biochemical, haematological, and histopathological)  it has been attempted to ensure  that  the drug does  not affect the other organs of the mice. Hence, the present study was aimed to study the weight loss by Helianthus annuus L. seed extract in balb/c mice.

The mixed food was dried and then given to the mice. All animal experiments were conducted according to the guidelines of the local and international law for the care and welfare of animals. The effects of Helianthus annuus L seeds were investigated during the first 7 ,21 days after supplementation, all mice were put in metallic cages for 4 day (adaption one days and 3 days for sample collection) for determination of food, fluid intake and urine output, the body weight of all mice were measured daily.

On the last day of experiment, blood samples from all animals were taken by puncturing the retro-orbital plexus using di ethyl ether (Roth, Karlsruhe, Germany) and blood was withdrawn into the blood collecting tubes as required for different biochemicals.For the biochemistry of plasma and urine, the concentrations of Na+, and K+ were measured by flame photometry (AFM 5051, Eppendorf, Germany).

The histological analysis were done on the last days after taking the blood samples from all mice, then sacrificed and kidney and liver organs were removed and processed for further histological analysis by the method of John & Alan (1999). The stained sections were viewed and evaluated for pathological changes using a light microscope (Nikon, Eclipse i80). The required images were taken in different magnifications with Nikon mounted digital camera (OXM 1200C, Nikon, Japan).

To see the significant difference between the control group and mice who had food supplementation of Helianthus annuus L seeds, all values were expressed as mean ± S.E.M. and statistical analysis was performed by one-way analysis of variance (ANOVA) using GraphPad Prism 8 Software, version 8-4-3(686), San Diego California USA. The results with a probability factor of P < 0.05 were significantly considered (Khan et al., 2019). 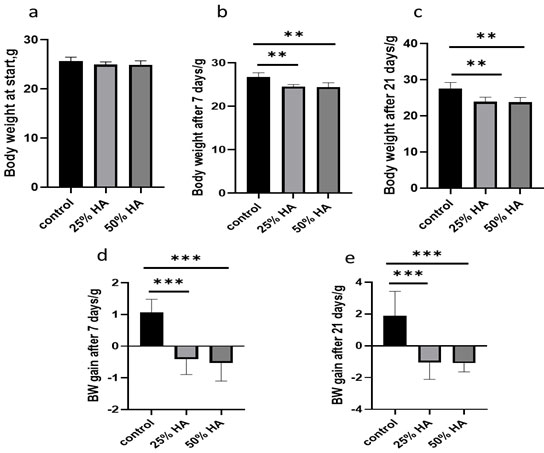 The metabolic cage results show the effects of Helianthus annuus seed supplementation (25%,50%), on food, fluid intake, urinary output, faecal wet and dry weight as compared to the control group (Table 2  for 7 days, and 21 days in Table 3). Observation shows no statistical differences in all groups of mice, and only urinary outputs were little reduced after Helianthus annuus  seed treatment, (25%, 50%) but did not reach a significant difference.

Arithmetic means ± standard error of (25 and 50% ) of  Helianthus annuus  seeds after 7 days supplementation compared to control.

Arithmetic means ± standard error of (25 and 50% ) of  Helianthus annuus  seeds after 7 days supplementation compared to control.

Table 4. Effect of (25 and 50) Helianthus annuus  seed supplementation on urinary Na+, K+ and Ca2+ as compared to the control group after 21 days of treatment.

Table 4 results showing the Effect of different concentrations of Helianthus annuus L seeds supplementation on urinary Na+, K+, and Ca2+ concentrations compared to control group. Observing the above, results mentioned in Tables 1 and 2 acts in accordance with Table 4, showing that the biochemical results of urine comply with the above results, with normal levels of urine Na+, Urine K+ and calcium. Blood examination also showed normal  levels  of Na+, K+, and  Ca2+. The effect of different concentration of Helianthus annuus L. seed extract supplementation on 21st day as compared with control group, Table 5, shows that normalized levels after Helianthus annuus L. seed extract supplementation of 25% and 50% respectively compared to control group.

The biochemical results in Table.6, show the effect of different concentrations of 25% and 50% of Helianthus annuus  seed supplementation as compared to control group. Fasting blood glucose was little reduced in 25% as compared with 50% of Helianthus annuus  seeds supplementation. The liver function of Alkaline Phosphatase, Alanine Aminotransferase (ALT), Aspartate Aminotransferase, Bilirubin, Cholesterol, High-density lipoproteins, and Triglycerides, were all in normal range. However, that the high HDL- cholesterol indicates to lower the risk of heart stroke, it is generally visualized that it reduces ischemic stroke in elderly people.

Table 7, shows the effect of Helianthus annuus L seed supplementation on complete blood count (CBC) as compared with control group (WBC, LYM, GRA, MID, and MPV) were in normal range only there were slight reductions in hemoglobin level compared to control group but it’s not significant.

Table 7. Effect of (25 and 50%) Helianthus annuus L seeds supplementation on Complete Blood Count (CBC), as compared with control group after 21 days of supplementation 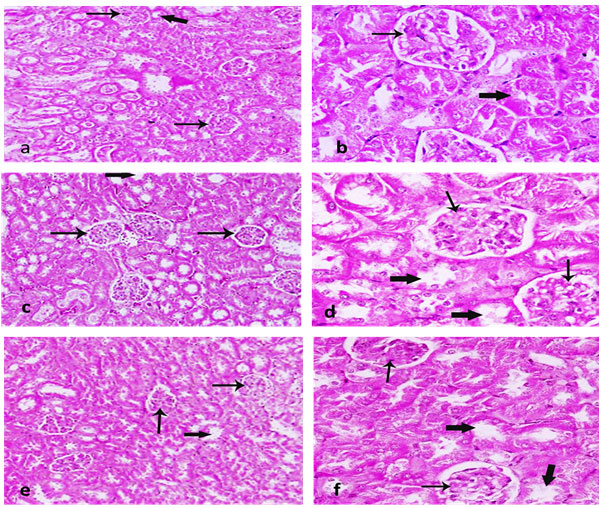 Table.2 with 25% Helianthus annuus L. seed extract showed no difference on food and fluid intake was observed, but there were reduced urine output (ml/24h) Fecal wet weight (g/24h) and Fecal dry weight (g/24h) was reduced with increasing supplementation of days, the same parameters in Table.3 the Effect of Helianthus annuus L seed supplementation (50%) for 7th and 21st day; Food intake, fecal wet and dry weight was also reduced with increasing the days of dose supplementation (Blicharska,  et al., 2014).Due to the less fluid intake, the animal could be in a dehydrated state (Puga  et al., 2019).

Table 4. results showing mild elevated results of Urine Na+ (µmol/24h), Calcium (mg/dl), Urine K+ (µmol/24h), Uric acid (mg/dL) with the high dose Effect of different concentrations of Helianthus annuus L. seed extract supplementation compared to control group. Mild increase in WBC in accordance with Granulocytes (GRA) % is associated with the stress response of the animal with little output of fluids, which could also be due to inflammatory results (Nishitani & Sakakibara 2014).

Effect of different concentrations of Helianthus annuus L seed supplementation on liver function test (ALT, AST, and ALT) and fasting and random blood glucose concentrations as compared with control group after 21 days of treatment (Table.6) showing normal results. Bilirubin was reduced in 25% conc., with not much difference compared to control. Cholesterol was reduced in both conc. High-density lipoproteins were improved in 50% dose conc., with the decline in Triglycerides showing blood lipid profile improvement (Leverrier et al., 2019).

Table.7 showing Increase levels of WBC, LYM, GRA, and MID suggest the increase due to the response of infection. The Mean Corpuscular Volume increase can also be the cause of anemia with the deficiency of B vitamins, namely B-12 and foliate. Hemoglobin was not much significantly reduced, whereas large inflamed cells were observed after 25% and 50% of Helianthus annuus L. seed supplementation. Free radicals are generated in many ways of mechanism, which reacts in damaging cellular substances such as nucleic acids, protein, and lipids. Studies have shown the scavenging activity of Helianthus annuus L., this plant showed scavenging and anti- inflammatory activities (Guo et al., 2017).

The effects shown in this research could be caused due to phytoconstituents present in the plant, the secondary metabolites such as alkaloids, tannins, flavonoids, terpenoids, saponins which were also reported (Dwivedi & Sharma 2014). These secondary metabolites are well known for its scavenging of free radicals and anti-inflammatory function.  Treatment of 25% and 50% Helianthus annuus L. seed extract has resulted in weight loss in BALB/c mice of 5-7 months old without affecting the others parameters.

The study of this research concluded that Helianthus annuus L seed extract observed in this investigation on BALB/c mice has shown beneficial effects on animals. Can be used for a long period of time for weight management with well diagnostic condition, hence will be effective for diabetic patients. Can be used for weight loss management and can be considered for obese patients should be explored for clinical efficacy and safety of this plant extract as anti-obesity.

The authors acknowledge the help of Dr. Mobark and Dr.Yasreeb, Alkhram, Saudi Arabia, in sample analysis and special thanks to Dr. Meher for English Editing of the manuscript.

Funding:This study was supported by all authors.

Declarations:Author(s) declare that all works are original and this manuscript has not been published in any other journal.

Data Availability :All data sheet are  available on request from corresponding author

Akil, L., & Ahmad, H. A. (2011). Relationships between obesity and cardiovascular diseases in four southern states and Colorado. Journal of health care for the poor and underserved, 22(4 Suppl), 61.