Curculigo orchioides is one of the most common medicinal plants used by diverse cultures and tribal groups. The roots of the plant are used medicinally in Asian countries. Curculigo orchioides have the ability to regenerate through seeds and tubers, but the regeneration rate is low. Plant tissue culture method was believed to have potential for rapid multiplication of this medicinal plant. An efficient protocol for rapid propagation of Curculigo orchioides, of the family Amaryllidaceae, was developed using leaf explants culture. The leaf explants (1 cm x 1 cm squares) cultured on Murashige and Skoog (MS) basal medium were supplemented with various concentrations and combinations of auxins and cytokinins with temperature 25 ± 2°C, relative humidity 85-90% and photoperiod of 12 hours light (2000-3000 lux).

Callus induction was obtained within 4 weeks, 2,4-D at 3 mg/l formed profuse callus and the degree was found to be the highest (+++) among all the treatments. The best response to shoot induction, with maximum shoot number 5.33 (mean number of shoots per explant) was obtained using 1.0 mg/l 6-benzyl aminopurine (BAP) in combination with 1.0 mg/l Kinetin. In vitro shoots were induced for rooting on 0.5 mg/l of NAA supplemented medium. In order for seedlings propagated in vitro to adapt to natural conditions, plants were growned on a substrate coir: husk ash: sand (with the ratio of 0.5: 0.5: 1) in a greenhouse (humidity: 70%, temperature: 28-300C) gave 88.33% survival rate after 8 weeks of culture. With the results received, this is an effective approach to propagating Curculigo orchioides.

Flavonoids are an important class of plant secondary metabolites, they have various biological activities, such as anti‐allergic, anti‐inflammatory, antioxidant, anti‐microbial, anti‐ cancer, antistress and antidiabetic properties (Yamamoto et al. 2001; Cazarolli et al. 2008; Cushnie et al. 2011; Chauhan et al. 2021; Singla and Singh 2021). The major active component of rhizomes of C. orchioides was reported to be flavones. In which curculigoside was considered as a marker to evaluate the quality of medicinal herbs, curculigoside has been shown to have regulatory effects on bone metabolism via anti-oxidative activities in rats and osteoblasts and prevent osteoporosis (Asif 2012; Liu et al. 2021; You and Xu 2021).

Conventionally, the plant propagates through seeds and grows only during rainy season. Poor seed setting and germination restrict its abundance in nature, and overexploitation has led to the plant’s current endangered status. Low-frequency regeneration of shoot buds has been reported from shoot tip culture in C. orchioides (Augustine and Souza 1997; Shrivastava et al. 1998; Liu et al. 2021; You and Xu 2021). Tissue culture is considered as an effective method to propagate and source this medicinal plant material. In this study, we recorded the rapid process of C. orchioides through callus of explant leaves.

Leaves of C. orchioides Gaertn. were collected from natural places of Dakkmil, Daknong, Vietnam (altitude 545 m above sea level, coordinates: 12o31’665″ N, 107o38’240″ E). The plant is distributed in evergreen forest, the average annual rainfall is 2.500 mm, the temperature varies from 14 to 35oC. The leaves were washed for 5-7 minutes under continuous stream of running tap water to remove soil particles. Explants were surface sterilized with 0.1 % (w/v) of HgCl2 for 3-5 minutes and then instantly rinsed three times using autoclaved double distilled water under aseptic condition in Laminar chamber. The sterilized explants were then implanted onto the Murashige and Skoog’s (1962) agar medium.

The media were adjusted to pH 5.7 before addition of 0.8% agar (w/v) and autoclaved at 1210C for 15 minutes. For the culture medium, the sterilized young leaves were cut into 1 cm x 1 cm squares (Fig 1A) and these explants were inoculated on Murashige and Skoog’s (1962) basal medium (MS medium) supplemented with various concentrations of auxins 2,4 Dichlorophenoxyacetic acid (2,4-D), and NAA (Table 1). Later different concentrations and combinations of BA and Kinetin were added on MS basal medium for differentiation of the callus (Table 2). The excised shoots were transferred to medium for rooting.

The in vitro raised shoot lets were sub-cultured on MS medium supplemented with various concentrations of NAA (Table 3). In vitro rooted plantlets were transplanted into trays containing a mixture of substrates (sand, rice husk ash and coir) with different ratios (Table 4) and covered with transparent polyethylene bags to maintain high humidity. They were kept in the greenhouse for further acclimatization.

The medium was solidified with 0.8 % agar. The pH of the medium was adjusted to 5.8 before autoclaved at 1210C for 20 minutes. Each experiment was repeated thrice. For the culture conditions, the culture bottles were maintained in the culture room with temperature 25 ± 2°C, relative humidity 85-90% and photoperiod of 12 hours light (2000-3000 lux). At 30 days interval, subcultures were done. The regenerated shoots were cultured in separate bottle for optimum growth.

This result was also consistent with that of Patel et al. (2011), on the MS media with 8 µM BA, about 69 % cultures responded in terms of embryogenic calli, while about 40 % cultures developed embryogenic calli on MS media with 15 µM BA. Earlier, similar (89 %) response was obtained with 8 µM BA for direct embryogenesis (Thomas and Jacob 2004; Patel et al. 2011). Rapid shoot multiplication is an important stage in plant tissue culture. This stage has an important role to produce many shoots to create seedlings.

To achieve this goal, the culture medium needed to be supplemented with a plant growth regulator. One of the commonly used substances is BA. BA is used in variable amounts or binds with other substances such as NAA or IBA, IAA, kinetin to stimulate multiple shoots in tissue culture. The obtained results showed the effectiveness of the application of plant growth regulators in the rapid multiplication of shoots in Curculigo orchioides. Among the various treatments to study shoot induction in Curculigo orchioides, the best response with maximum shoot (5.33 mean number of shoots per explant) was obtained after four weeks of subculture, using 1.0 mg/l BA in combination with 1 mg/1 kinetin (Fig 1C).

Response of BA and kinetin was found to be the best combination for bud break response as well as shoot bud regeneration in Curculigo orchioides from callus. Similar findings have been reported by various authors, such as on MS medium supplemented various concentrations of BAP (2-10 M) or Kin (2-10  M) , cultured leaf segments produced swelling on its adaxial surface near the cut end which later transformed into somatic embryos (Thomas and Jacob 2004). Embryogenic callus was induced from rhizome explants, and the maximum induction frequency (62%) was abtained in medium containing 0,5-3 mg/L of 2,4-D and 0.5 mg/L BAP (Nagesh et al. 2010).

The optimal conditions for callus proliferation of Curculigo orchioides were Half-strength MS medium (½ MS) given 0.5 mg/L KIN and MS medium supplemented with 0.5 mg/L KIN (Nguyen et al. 2021). The stage of rooting from shoots is a step to create a complete plant (full of roots, stem, and leaves) to help plants adapt at the nursery stage. Using the shoots of the Bumpythus plant obtained from the shoot multiplication treatment with a height of 2 cm and transplanted into the medium containing plant growth regulators to determine the suitable environment for the ability to form and develop roots of Curculigo orchioides (Nguyen et al. 2021).

High cytokinin concentrations (0.5 – 10 mg/L) often inhibit or delay root formation, while also inhibiting root growth and inhibiting the effect of auxin rooting. For this reason, cytokinins are generally not used in shoot rooting-stimulating media for seedling production. Most plants require auxin to induce rooting. The most effective auxins in rooting stimulation were IBA and NAA. The shoots of Curculigo orchioides in vitro were cultured on plant growth medium (MS + 1mg/L of indole-3-butyric acid (IBA), after 4 weeks of culture, the following results were obtained: 100% rooting shoots; The average number of roots is 5 roots/plant; Average height of the tree: 4.5 cm.

The shoot regeneration from the proximal rhizome plate was greater than that from the shoot tip explants on the medium supplemented with 6-benzylaminopurine (BAP) and kinetin (KN) (each at 1 mg/L). Optimum root induction was achieved on half-strength MS medium supplemented with 1 mg/L of indole-3-butyric acid (IBA). When these embryoids were transferred to MS medium with ½ strength nitrogen salts and supplemented with lower concentration of BA (0.44µM), developed shoots and roots (Augustine et al. 2008; Nagesh 2008; Nguyen et al. 2021).

Table 1. Effects of auxins on callus induction from leaf explant of Curculigo
orchioides after 4 weeks of culture in MS medium.

Table 2. Effects of growth regulators on MS medium for shoot regeneration of
Curculigo orchioides after 4 weeks of culture.

The average score with different letters are significantly different at p = 0.01 level. z: Letters a, b, c, d, in the same column represented the differences amongtreatments by t Tests (MSD).

Figure 1: The formation and development of plants from leaf tissue of Curculigo orchioides.
A. leaf explants; B. Callus; C. the formation shoots from callus; D. developing plant. 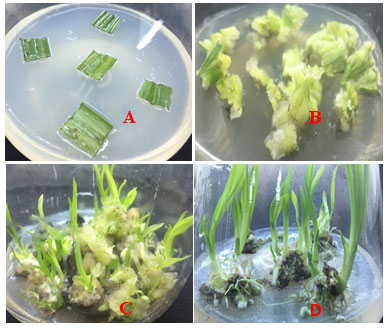 Table 3. Effect of NAA on the growthing response of Curculigo orchioides after 4 weeks of culture.

The average score with different letters are significantly different at p = 0.01 level.
z: Letters a, b, c, d in the same column represented the differences among treatments by t Tests (MSD).

Hardening and Acclimatization of plantlets: The greenhouse and field have substantially lower relative humidity, higher light septic environment that are stressful to micropropagated plants compared to in vitro conditions. The benefit of any micropropagation system can, however, only be fully realized by the successful transfer of plantlets from tissue-culture vessels to the ambient conditions found ex vitro (Hazarika 2003). The substrate to bring seedlings to the nursery has a great influence on the adaptability and growth of plants. Because at this stage, the growing substrate has the function of keeping the seedlings in a fixed position, a source of water and nutrients for the plants. A growing substrate is considered ideal if it is porous enough, breathable, holds and drains well, and is free of pests and weeds. When studying the differences of roots in different growing substrate, Long (1933) found that the main cause of the above phenomenon was due to the difference in the moisture holding capacity and aeration of the growing medium (Long 1933; Hazarika 2003; Nguyen et al. 2021).

Many recorded on the influence of the growing substrate on the adaptability Curculigo orchioides when introduced into the greenhouse, such as: Nagesh et al. (2010), recorded in vitro cultured plants brought to the nursery with a mixture of organic compounds. garden soil: farm soil: sand= 2:1:1, (autoclaved before seedling; maintained at room temperature 25oC) resulted in 100% of seedlings surviving 6 weeks of cultivation; Thomas and Jacob (2004), Peat: sand=1:1 for 90% survival rate (Nagesh et al. 2010; Nguyen et al. 2021).

Organic fertilizers: garden soil=1:1 (moisture: 70-80%) for a survival rate of 70% soil: sand: compost=1:1:1 for 95% survival rate is the result recorded by Patel et al. (2011). In addition to the growing substrate factor, a number of other factors such as the quality of seedlings to the greenhouse, humidity, temperature, and greenhouse conditions also affect the adaptability of plants. In this period, the target of interest is the percentage of plants that are adapted to natural conditions. Therefore, the treatment of coir: husk ash: sand in the ratio of 0.5: 0.5: 1 was selected as the substrate to bring the seedlings to the greenhouse (Nagesh et al. 2010; Sahay and Braganza 2017; Nguyen et al. 2021).

Table 4. Effect of substrate to adapt and grown of Curculigo orchioides after 8 weeks of culture.

The average score with different letters are significantly different at p = 0.01 level.
z: Letters a, b, c, d, e, f in the same column represented the differences amongtreatments by t Tests (MSD).

Figure 2: Effect of substrate to adapt and grown of Curculigo orchioides. 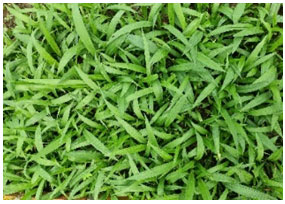 The study suggests that 2,4-D at 3 mg/l concentration was found to formating callus the highest among all the treatments. The highest shoot length, number of shoots was obtained at MS medium supplemented with 1 mg/l BA and 1 mg/l kinetin. The highest number of roots and root length was obtained on medium supplemented with 0.5 mg/l NAA at rooting stage. The highest percentage of plant survival was achieved by transplanting of the plantlets to pots containing coir: husk ash: sand in the ratio of 0.5: 0.5: 1(v/v/v).