Aim of the study was  to investigate the effect of chronic hyperglycemia as determined by high glycated hemoglobin (HbA1c) on intraocular pressure (IOP) in patients with diabetes and to recognize the diabetic patients at high risk of developing glaucoma in a tertiary care hospital in western region of Saudi Arabia.This was a retrospective chart review performed at King Abdulaziz University Hospital, Jeddah, Saudi Arabia. Hospital records of diabetic patients in the department of ophthalmology from August 2015 to June 2020 were collected. Patients diagnosed with glaucoma, using intraocular pressure-lowering medications, or using topical or oral steroids were excluded from the study.Overall, 159 participants were enrolled in the study. A significant association between high HbA1c levels and IOP values was observed. Individuals with HbA1c below 6.5, between 9.6 to 10.5, and over 12.6 had a mean IOP of 15.2 ± 2.87, 16.6 ± 5.12, and 19.5 ± 1.88, respectively (p= 0.031). Longer diabetes duration was associated with a higher IOP (p=0.028). Another finding illustrated that female participants had significantly higher IOP compared to males (16.94 ± 3.25 mm Hg, 15.15 ± 3.31 mm Hg, p=0.001, respectively). A significant positive association between high HbA1c levels and IOP values was found, which indicates that diabetes and elevated HbA1c are significant contributing factors for elevated IOP. There was a statistically significant higher IOP in females in which further research is needed with prospective and extensive data collection. Accordingly, a regular diabetic eye examination to monitor intraocular pressure is recommended specially to those with uncontrolled diabetes and high HgA1c  to reduce ocular morbidity due to glaucoma.

POAG is a multifactorial disease that is caused by retinal ischemia, remodeling of the optic nerve head, and altered trabecular meshwork function( Feki et al. 2019) (Faralli et al. 2019) . Diabetic patients are susceptible to retinal ischemia, which is believed to be the main cause of neovascular glaucoma by stimulating the release of vascular endothelial growth factor-A (VEGF-A), leading to vasodilatation and increasing blood flow, which initiates new blood vessel formation leading to NVG (Hayreh 2007, Yang et al .2018). Glaucoma is defined as a group of ocular disorders that are characterized by progressive optic neuropathy and associated visual field loss (Bertaud et al. 2019). Although treatable, it is the most common irreversible blinding disease worldwide (Quigley et al. 2006). Therefore, early detection is required for a good prognosis. Normal intraocular pressure (IOP) is 10-21 mm Hg, which is preserved by a balance between the aqueous humor production and drainage. Any imbalance leads to elevated IOP (Khaw and Elkington 2004), causing both vascular and mechanical stresses ( Song et al. 2016) .Therefore, it is an important risk factor for glaucoma deterioration and progression, and currently, is the only modifiable factor (Asal et al. 2020).

A study conducted in Riyadh, Saudi Arabia, found that diabetic patients had higher IOP compared to non-diabetic subjects. HbA1c was used as a criterion for diagnosing diabetes; however, the relationship between HbA1c value and IOP has not been studied (Briggs et al. 2016). To the best of our knowledge, there have been no reports evaluating the relationship between HbA1C and IOP among the Saudi population. Therefore, we aimed to investigate the effect of chronic hyperglycemia as determined by HbA1c on IOP in patients with diabetes and identify diabetic patients at risk of developing glaucoma in Saudi Arabia from 2015 to 2020.

Study design and setting:This retrospective chart review study was conducted at King Abdul-Aziz University Hospital (KAUH), a tertiary center in Jeddah, Saudi Arabia. Medical records from glaucoma and retina clinics in the Department of Ophthalmology between August 2015 and June 2020 were collected.

Sample criteria and diagnostic instrument:Patients aged 15-90 years diagnosed with type 1 or type 2 DM were included Patients diagnosed with glaucoma, using IOP-lowering medications, or using topical or oral steroids were excluded from the study. Of the 383 diabetic patients treated at the department of ophthalmology between 2015 to 2020, 224 subjects were excluded: 73 diagnosed with glaucoma, 138 with previous history of laser or intraocular surgery, and 13 on IOP-lowering medications or topical steroids. Thus, 159 subjects met the inclusion criteria and were enrolled in the study.Data obtained from medical records included demographic data such as age, sex, and nationality. Additionally, type and duration of diabetes, HbA1c levels, IOP in the right and left eye (IOP-OD, IOP-OS, respectively), and body mass index (BMI), which was calculated as weight in kilograms divided by height in meters squared were also collected.

Analysis:Data were registered using an online Google form, and was then imported to Microsoft Excel 2020 for data entry. Statistical analysis was performed using the Statistical Package for the Social Sciences IBM© SPSS© version 21 (IBM© Corp., Armonk, NY, USA). Descriptive statistics (mean and standard deviation) were calculated for normally distributed variables including IOP, HbA1c, BMI, age, and diabetes duration. Frequencies and percentages were calculated for sex, nationality, diabetes type, and population categories. We used the Shapiro-Wilk test to check for normality. An independent-samples t-test was used to compare the IOP in both sexes and both types of diabetes. For multiple comparisons with the IOP, one-way analysis of variance (ANOVA) was performed. All P-value < 0.05 were considered to be statistically significant. Research manuscripts reporting large datasets that are deposited in a publicly available database should specify where the data have been deposited and provide the relevant accession numbers. If the accession numbers have not yet been obtained at the time of submission, please state that they will be provided during review. They must be provided prior to publication.

Research ethics: This research was approved by the Biomedical Ethical Committee at KAUH (ref: 653-19).

Table 1. mean and standard deviation of the study population characteristics

Table 2. mean and standard deviation of HgA1c and IOP in glycemic control groups 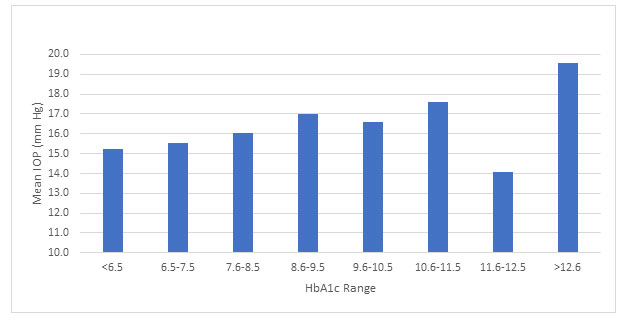 Table 3. mean and standard deviation of IOP according to duration of DM

In this study, we found that individuals with higher levels of HbA1c exhibited significantly higher IOP levels compared to individuals with lower HbA1c levels. This result is consistent with those of previously published studies, (Kang et al. 2019,Takahashi et al. 2020). Hymowitz et al.2016 found an association between poor glycemic control, as evidenced by higher HbA1c and elevated IOP. Baisakhiya et al. 2017 observed an association between higher HbA1c and raised IOP, reporting that poor glycemic control is a risk factor for glaucoma in diabetic patients.

The underlying pathogenesis that explains how DM promotes increased IOP remains unclear. Diabetes is a known cause of microvascular damage and can disturb blood flow at the level of the optic nerve head and retina, which stimulates the invasion of the iris surface and iridocorneal angle of the anterior chamber by a fibrovascular membrane. This fibrovascular membrane initially resists the aqueous outflow, resulting in open-angle glaucoma, and later obstructs the angle and produces secondary angle-closure glaucoma, (Hayreh 2007,Salzy et al.2009, Grzybowski et al. 2020). In addition, higher glucose levels in the aqueous humor of diabetic patients have been observed to upregulate and promote the accumulation of extracellular matrix proteins, particularly fibronectin, thereby blocking aqueous drainage, leading to an increase in IOP. Chronically raised IOP levels sequentially lead to optic nerve head damage, stemming from progressive mechanical compression (Faralli et al .2019).

Oshitari et al. (2007) found a significant association between IOP and glycemic control categories, which is inconsistent with our result, as we could not find an association between glycemic control categories and IOP levels. This is probably due to the use of different HbA1c classifications. Moreover, some researchers have found an alteration in the IOP values following transient blood glucose fluctuations in cases of hypoglycemia or postprandial hyperglycemia that cannot be measured by HbA1c ( Rihan et al.2020). Additionally, comorbidities that falsely lower HbA1c levels on test results by shortening the erythrocyte survival rate could potentially affect the outcome of the study ( Report  2011, Ang et al. 2014).

Our study showed that people with a longer duration of diabetes had higher IOP values compared to patients with a shorter duration. In contrast, a previous study conducted in Riyadh, Saudi Arabia, stated that the duration of diabetes did not vary significantly with IOP levels (Briggs et al. 2016). Recall bias of diabetes duration plays a major role in the inconsistency between the two results. Further, a meta-analysis study reported that each year since diabetes diagnosis increases the risk of glaucoma by 5% (95% CI, 1%–9%), which may be due to the cumulative neuronal damage that progresses with time, (Zhao et al. 2015, Grzybowski et al .2020).

Moreover, we found that female participants had a higher IOP than males, a difference which was statistically significantly. Moreover, Kang et al.2019 reported a significant relationship between IOP and HgA1c in female without diabetes. In contrast, Hymowitz et al.2016 reported no significant difference between two sexes regarding IOP levels. However, variability in the results could stem from differences in the male-to-female ratio between the two sample populations. The sex-related differences in IOP measurement remain incompletely understood. Previous studies reported that anatomical and structural eye differences between the two sexes made the comparison inaccurate, which explains part of this discrepancy (Patel 2018, Chua et al. 2019).

Limitations: This retrospective record review study encountered a few inherent limitations. First, it was not possible to provide precise HbA1C levels and random blood glucose at the exact time point during which the IOP was measured. In addition, open-angle glaucoma has no symptoms initially prior to peripheral vision loss; therefore, many diabetic patients had already presented with glaucoma due to delayed periodic eye screening.

Recommendations: Planning an educational campaign empowering diabetic people to perform periodic eye screening for monitoring IOP to ensure that glaucoma can be diagnosed in the early stage and effectively treated. Further, future studies to assess the confounding factors that may influence the association between HbA1C and IOP, such as central corneal thickness and lens status are warranted.

Author Contributions: This manuscript has been read and approved by all the authors and the requirements for authorship have been met by all authors. Each author believes that the manuscript represents honest work and the information has not been provided in another form elsewhere.

This study was a part of the research summer school 2020 project directed by the Road of Change team, which is an institute for teaching students’ research skills. The authors would like to thank the medical students of KAUH, Mawaddah Maghadmi, Abdulkarim Jawhari, and Mohammed Safhi for their valuable guidance throughout the study. The authors also thank Mawaddah Batwa for the critical revision of this research.

Conflicts of Interest: The authors declare no conflict of interest